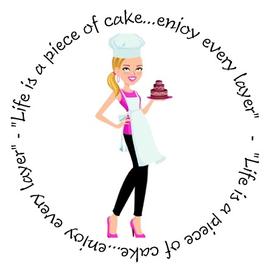 life is a piece of cake - enjoy every layer!

Cynthia Ferris-Bennett is the founder and owner of Sierra Chef LLC, BellaMallows and Tahoe Seed Co. With over 30 years of marketing, public relations,  graphic design, photographic, product development / placement, event design, planning & coordination experience Cynthia is a true "Jack-line" of all trades.
Cynthia is a past President of Weddings of the West belongs to the Carson Valley Chamber of Commerce, is a former member of Mainstreet Gardnerville, served on the board of the South Lake Tahoe Wedding & Honeymoon Association), is a winner of the National Invitation & Design Awards, including the National Stationery Alliance 2007 EnVee Award and also team member for the NACE (National Association of Catering Executives) tabletop competition table top winners - 2009 & 2010.   She is a former member of the Las Vegas Chapter of NAWBO (National Association of Women Business Owners) and works with such charitable organizations a Soroptomist International, CASA (Court Appointed Special Advocates) for El Dorado County of California, Between Horses and Humans & the Barton Foundation and Strawberry Fields Animal Rescue.  Cynthia was honored by the Sierra Nevada Republican Woman as their 2018 Entrepreneur of the Year.

She has had the privilege of promoting, designing & coordinating events, providing custom marketing, graphic design, invitations and photography for such clients as Al Davis, owner of the Oakland Raiders,  Grand opening of the United States Headquarters for Konami Gaming International and has been involved with design & promotion of several Governors' Balls for the state of Nevada.

Cynthia also advanced successful public relation campaigns as new product launches for Storm Audio Systems which assisted in them being named one of the best new products for the 1998 NAMM (National Association of Music Merchants) and also being featured in Recording Magazine & Studio Magazine.